Including the Villages of Averill and Beecher Falls

Canaan, located in the most northern and eastern corner of Vermont, uniquely shares borders with New Hampshire & Quebec, Canada.  This remote and sparsely populated village can best be described as ‘naturally unaffected and deliberately unhurried’. 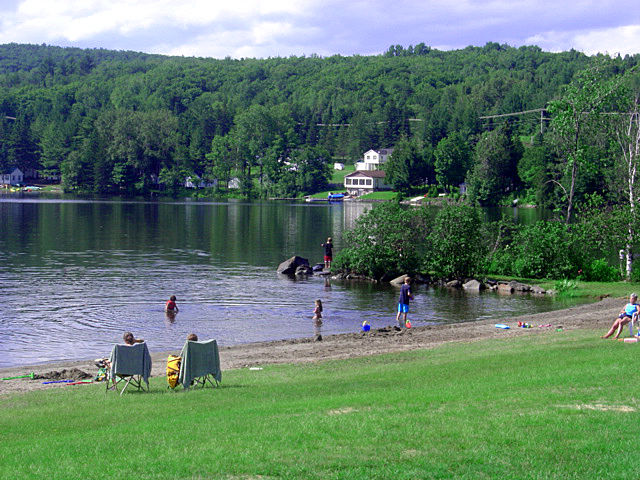 Canaan is home to several pristine lakes, great fishing, paddling, hiking, bicycling, and an abundance of wildlife.  Multiple wildlife-management-units and the Silvio Conte National Wildlife Refuge are all within a few miles commute into wilderness tracts of diverse habitat.  This community is a peaceful haven immersed in the beauty of its natural environment.

Lake Wallace, one of Vermont's three international lakes as each are located within the borders of both United States and Quebec, Canada, along with Great Averill Pond, Little Averill Pond, and Norton Pond offer a natural habitat for area wildlife in Canaan and the accompanying towns of Beecher Falls, Averill, and Norton.

Vacationers and residents also enjoy the short drive north that will bring you to Sherbrook, Quebec and the Eastern Townships.

Canaan was chartered in 1782.  Its history is rich in the legacy of the early frontier settlers and the storied lumber jack legends including the own-famous log drives down the Connecticut River.  Canaan encompasses centuries past and a simple country lifestyle.  Its churches and many of its homes have been built during the 19th century.  You experience a restful sense of ‘going back in time’

The Vast Trail in Canaan allows snowmobile travelers to venture into Quebec, New Hampshire and points south and west.

The Trail system is a preferred method of travel by many in the are during due to sever winter conditions.

Nearby hiking trails include Brousseau Mountain, home of the Peregrine Falcon, Gore Mountain and Monadnock Mountain, a true Monadnock that offers a challenging hike for those inclined. ...More